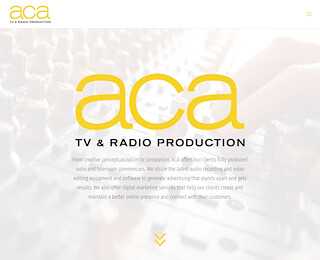 Most business owners have a hard time keeping up with their advertising and need a company like Advertising Concepts of America (ACA) to create advertising that works in the modern world to reach their target audience. ACA Advertising has been helping businesses since 1972 but to understand how advertising has changed, we need to look back at a simpler time.

The Pearl Harbor attack on December 7, 1941, propelled America into WW II. Five months earlier, Bulova Watch Company placed a 10-second ad on the NBC affiliate (WNBT) right before a televised baseball game between the Brooklyn Dodgers and Philadelphia Phillies. The black and white ad was a map of the USA with the face of a Bulova watch covering most of the central states and a voice saying, “America runs on Bulova time!”. The July 1, 1941 event was the first ever advertisement on the new media called television.

That ad cost Bulova a whopping $9.00 (about $160 today) so compare that to the $5 million some advertisers will pay for a 30 second Super Bowl ad in 2019. Advertising is big business and has evolved over the years to keep up with the advances in computers that are making newspapers obsolete and generating lots of “air time” on Facebook and YouTube and other social media.

ACA Can Help in Many Ways

Let’s look at the various ways ACA can promote your product or service:

ACA Advertising is based in Fort Lauderdale, Florida and can be reached locally be calling 954-764-8864. Advertisers can also call 800-882-8588 or send an email to [email protected] to get their new advertising campaign started.